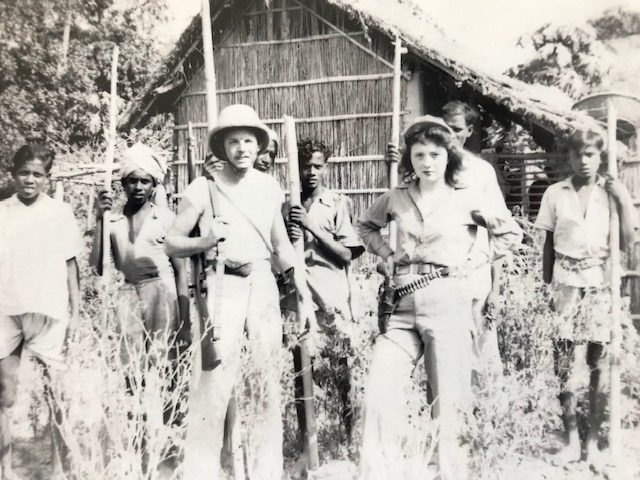 Yes, I am writing about…

the actress who played Thelma Lou, Barney Fife’s girlfriend on the Andy Griffith show, also known as Mayberry, R.F.D. Still alive and in her 90s (ladies don’t want to give you their age), Thelma (Betty Lynn) now lives in Mount Airy, North Carolina, home of the Andy Griffith Museum.  Betty moved to this charming town in western NC, leaving her home in Los Angeles for the “peace and quiet” of the North Carolina town which prompted Andy Griffith to model the Mayberry show after. To say that Betty is the queen of Mount Airy is an understatement.

Still active, (age is classified), Betty appears at the Andy Griffith Museum on Fridays for a few hours to meet fans of the show and sign photographs.  A fan referred me to Betty who graciously chatted with me one Friday for about 30 minutes until “handlers” whisked her away for the autograph session. During our time together, Betty made one charming request: “Don’t show them a picture of me now, show them my young photograph”. She was and is charming and beautiful.

Betty broke into the entertainment business, in her home town of Kansas City, Missouri at the age of 17, singing in nightclubs of a family friend. USO representatives spotted her as an “entertainer of interest” and contracted her for East Coast/US hospitals to entertain troops wounded in WWII. When Betty turned 18, she joined a USO entertainment troop and entertained wounded troops for about six months. From there, her USO group began entertaining troops staging to be sent to the European War Zone.

Later, Betty and a guitar accompanist traveled to Burma to entertain troops in “safe areas”, where the British and US troops were driving out the Japanese.  It was here that Betty was given a fully loaded weapon to carry.

I’ve teased you enough. Betty’s story will appear in our next book, Angels on the Battlefield, expected to release in the fall of ’21.

If you enjoyed this blog, please like and share it with your friends on social media to help spread the word about Combat Survivor Heroes. *A portion of all book profits is donated to local veteran causes.

Be among the first 1,000 people to receive an advanced, signed copy of Angels on the Battlefield. You can contact me for details by clicking the button below.

If you are interested in a signed copy of our first published book of combat survivor stories, When Heaven Visits: dramatic accounts of military heroes, you can also click the link below. For a discount on your purchase, leave a review of the book on Amazon, take a screenshot of your review, and email it to combatsurvivorheroes@gmail.com.

*Details of the two wonderful veteran causes we support can be found under the Resources tab of the Combat Survivor Heroes website. 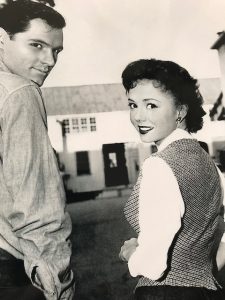 Above: Betty Lynn (Thelma Lou) during her time serving in the USO